I had the chance to attend Field Day with Jacob today. I wasn't really sure what to expect from him. Sometimes he likes to participate and other times it's just lots of tears.

Today it was lots of tears, but not from Jacob, from me. I was thankful for my sunglasses!!!

When I first arrived, all the kids were sitting under the gazebo listening to instructions. Not so long ago I would have been able to spot Jacob immediately because he wasn't following directions or sitting with his class. Today, when I pulled up, It was just a sea of little 1st grade heads and no Jacob to be seen. I walked up to his teacher and she quietly pointed to Jacob, sitting so still with his classmates, listening to the directions. No one would've known what that scenario would have looked like for him just a short year ago.

The first station was tug of war. He was not enthused at all but he jumped in there and was a trooper! He was ready to be finished after the tug of war. Sweet boy didn't realize that we had five more stations to go. 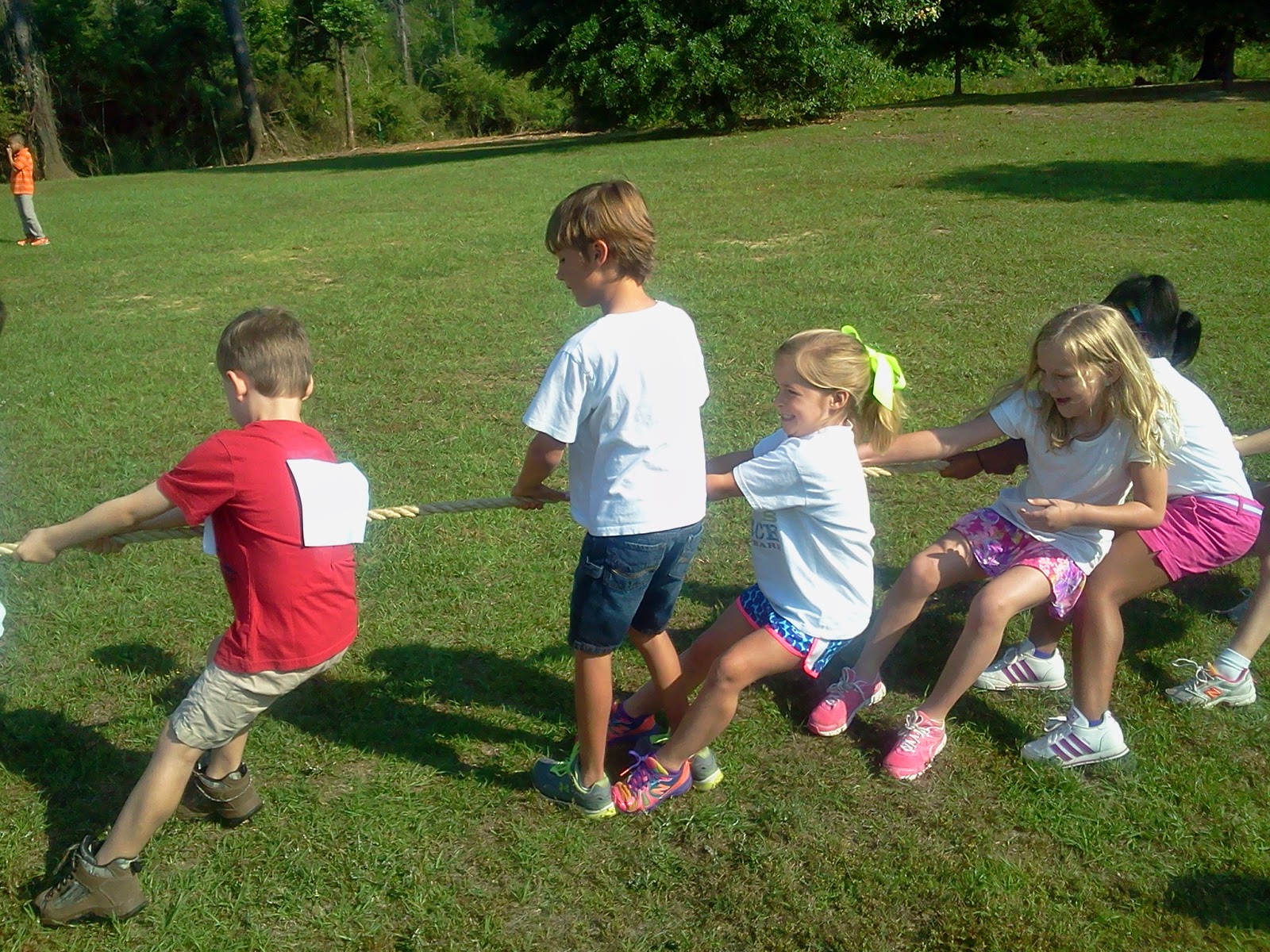 The next few stations were uneventful. except for me pulling Jacob along trying to assist him with a few tasks.

The last station was my favorite and the most emotional for me. Jacob was faced with a relay race where you have to link arms with a team mate and hop down and around a cone. He was not interested in this at all and has a hard time when people hold him or link arms with him. Jacob's aid asked the girls if any of them wanted to be Jacob's partner and a few of them raised their hands begging to be Jacob's partner. The girl that landed the job was a sweet little girl named Kylie. I quietly stood by and watched as she took Jacob's hand and said to him "come on Jacob you can do it."

It came to be Jacob and Kylie's turn and they started off great. Then Jacob sat on the ground protesting. I was about to step in and assist when I saw Kylie kneel down and say "get up let's go." He got up and proceeded with his task at hand. 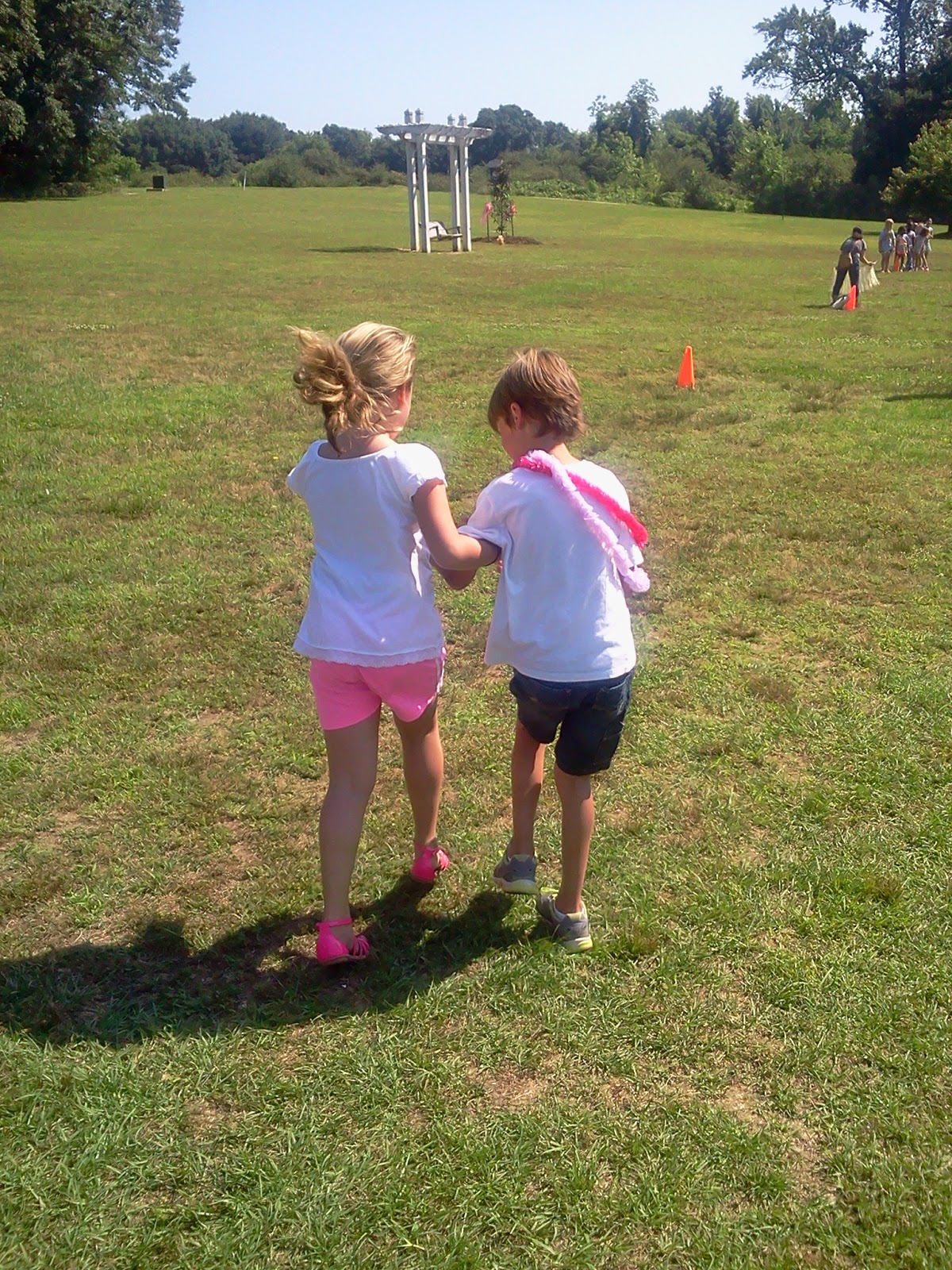 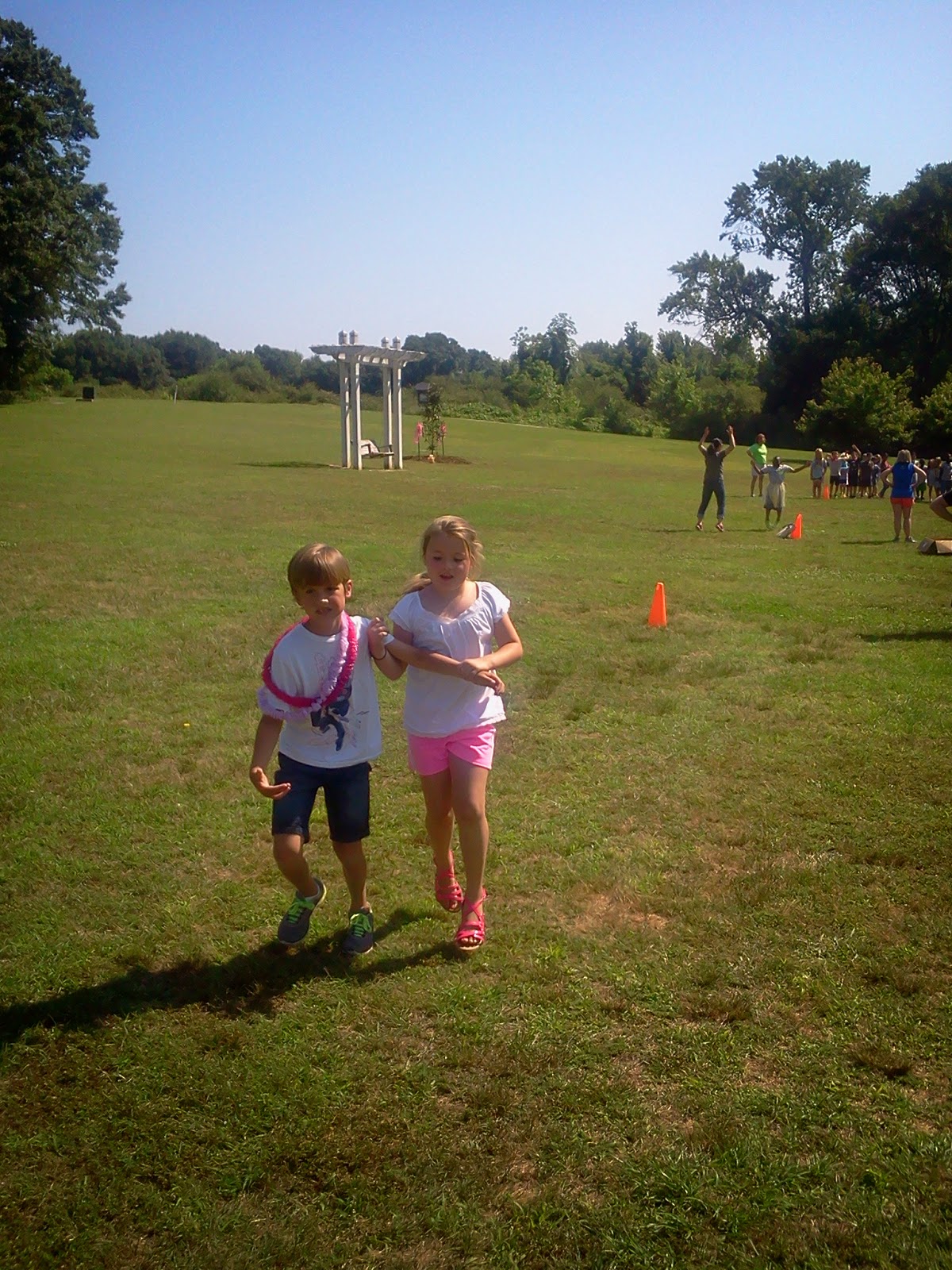 He began smiling, proud of himself for completing the relay. When he got back to the starting line, the entire class yelled "YAY, JACOB!!"

I spent all morning listening to kids making fun of each other and making each other mad. I never once heard anyone say anything bad about Jacob. They all were rooting him on with each difficulty he faced.

Thank you to the teachers for looking out for him and thank you Jesus for placing sweet people in his life!!